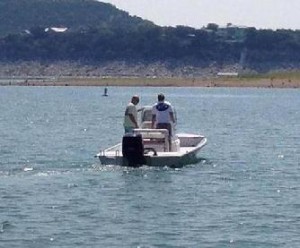 When it comes to fishing, water skiing and boating Lake Travis is easily the most popular waterway in Central Texas. There’s no better way to cool off on a hot summer day than to go wakeboarding, water skiing – or just cruising around on. Boating is one of the most popular forms of Central Texas outdoor recreation. Some people elect to trailer their boats or jet skis. Others have a great time on the lake with pontoon boats and party barges. But if you go out frequently, a nearby modern Lakeway area marina is the best place avoid the nuisances of trailering, launching and recovering. And maximize your time on the water.

Not surprisingly, the Lake Travis boating population has increased significantly with the rapid growth of Austin. This is part of a nationwide surge in marine recreation and boat use on lakes, rivers and coastal waters. We’ve certainly seen a lot of growth at West Beach Marina. According to the National Marine Manufacturers Association, 88 million adults in the U.S. (37.8% of the population) participated in recreational water sports in 2012, up 6% from 2011. 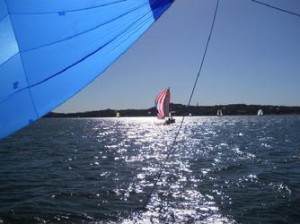 Lake Buchanan and Lake Travis are the largest of the six man-made Highland Lakes which were created for flood control, power generation and water supply maintenance. The levels of Travis and Buchanan vary as their water is used to maintain the other lakes at a constant level, and provide water to Austin and downstream users. The fluctuating lake level makes boating on Lake Travis challenging sometimes. But even during drought conditions, there is plenty of room for sailing, water skiing and cruising.

When the Lake Travis water level falls to 630’ above Mean Sea Level (MSL), people who trailer their boats can’t launch (or haul out) their watercraft. This has created an increasing demand for boat slips. And boat parties complete with watercraft rentals or party barges. With the expected continuation of Central Texas drought conditions, water sports and renting boat slips will become even more popular.

To address this great demand for aquatic recreation, the LCRA has licensed marinas to provide boat slips and watercraft rentals. Most boat slip rentals entail a yearly contract; and the monthly cost depends on the size of the marina slip, as well as the amenities available (covered slips, water, electricity, boat detailing and other marine services). Although the lake is navigable throughout its nearly 64 mile length, most of the larger and well-equipped marinas are located towards the southeastern end of the lake near Austin.

West Beach Marina is located at the end of Hudson Bend, just minutes from Lakeway and Steiner Ranch, and convenient to the most popular spots like Devil’s Cove. To keep down the crowds and noise, we do not have watercraft rentals or a fuel dock. But we have plenty of parking, and modern boat docks with a built-in breakwater. This location gives our members easy access to the main channel, regardless of the water level.

Great days on the water begin at West Beach Marina!

Call us today to learn about our special deals for new customers.